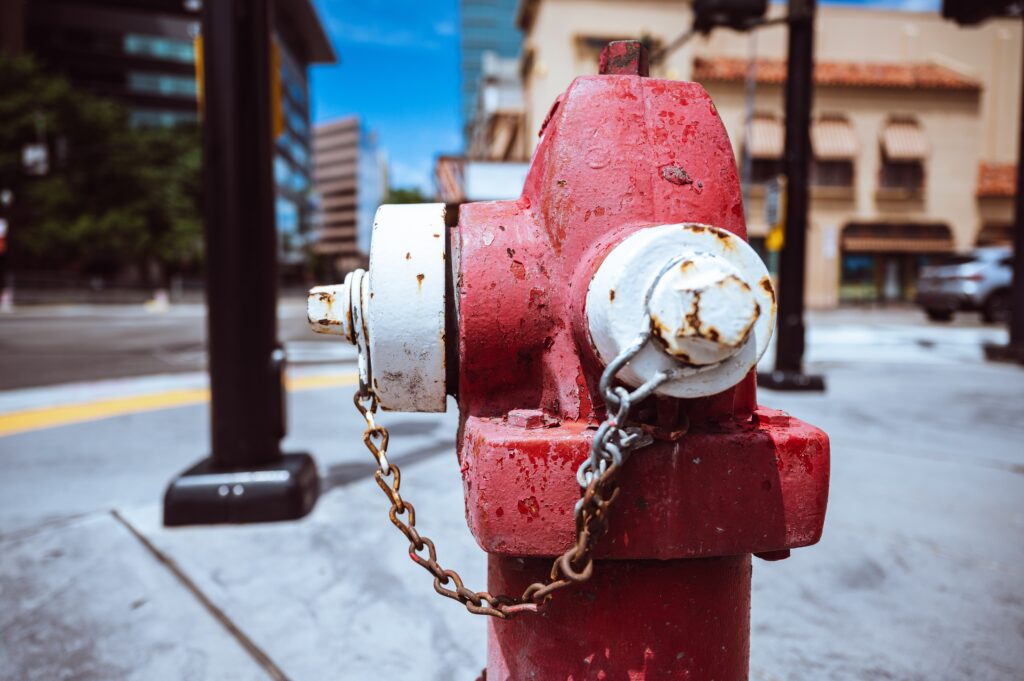 When you turn on the tap to fill up a nice, cool, refreshing glass of water, you expect a clean stream to land in your glass, right? Ensuring the quality of our water is a top public health concern for any community. According to the World Health Organization, unsanitary water can lead to the spread of cholera, dysentery, hepatitis A, typhoid, and polio, among other diseases. We’re lucky that most places here in the U.S. do have access to clean water for drinking, cooking, and other domestic uses, but that doesn’t mean this is a given. Keeping the quality of water at an acceptable level is no small task. Making sure water utilities have the equipment to properly attend to that concern is paramount, and one of those types of equipment is an automatic flushing station.

What is flushing, and what different options are out there?

At the most basic level, flushing just means running water through a distribution system to freshen it up, getting rid of the old water and bringing in the new to raise residual levels and remove aging water before disinfectant byproducts form. When it comes to flushing a water system, your main options are an automatic flushing station, which we’ll talk about in detail in the rest of this piece, or flushing a fire hydrant or blow-off.

For now, let’s focus on flushing hydrants. Maybe you’ve seen water all over the street around a hydrant in the early spring months before and wondered what had happened. The likely cause was flushing. Cities will have crews go around and flush fire hydrants periodically, typically twice a year. This helps maintain the integrity of the water system.

While flushing once or twice per year may be OK for exercising hydrants or flushing out debris from the system it is usually not sufficient to address aging water issues, especially on water main dead-ends. When chlorine is added to water and chemically changes the makeup of it, and then that water ages, two dynamics come into play. First, chlorine in water mains dissipates over time and can disappear altogether, usually within the first two weeks if customers on dead-end mains are not sufficiently using enough water and turning over the line. Once residuals fall below a .2 ppm for Free Chlorine / .5 ppm for Combined Chlorine, they are no longer able to control the growth and spread of microbial pathogens that may be present. Second, when naturally occurring organic material (NOOMs) that is in all water comes into contact with chlorine, these NOOMs are transformed into toxins we refer to as Disinfection By-Products or DBPs. These DBPs when consumed, inhaled (as in a shower mist), or absorbed through the skin can cause serious health issues such as heart disease, liver damage, and/or reduced nervous system activity. DBPs usually begin to form in as little as 4-7 days, so it is important to flush dead-end mains with aging water issues at least once per week.

So, while flushing hydrants is a good practice to improve water quality in general, it does not address the ongoing water quality issues of problematic dead-end mains. This is where alternatives come into play. Let’s get into them.

What is an automatic flushing station?

We’re acting like this is some kind of big reveal, but it’s not, really. An automatic flushing station is pretty much exactly what it sounds like. When you’ve got to get water to people for all the things they need water to do, you need to make sure it’s clean and safe. Due to some factors we’ll detail in later sections, aging and stagnant chlorinated water does not fit that bill. One of the main goals of a water system is to keep water moving through the distribution system so that it never sits still long enough for chlorine residuals to dissipate, making it susceptible to the growth and spread of microbial pathogens, and for DBPs to begin to form.

As we’ve already discussed, flushing a water system can be done through opening a fire hydrant and releasing water that way. While a fire hydrant has several different functions in addition to flushing potential, an automatic flushing station’s singular purpose is to automatically flush areas with aging water issues on a scheduled programmed basis without the need for any utility manpower being present.

Now that we’re all on the same page regarding what flushing is and what equipment you can use to do it, let’s jump into what we promised at the outset. Here are the six main benefits of choosing an automatic flushing system over the alternatives.

The health benefits of automatic flushing are definitely paramount, but we can’t dive straight in. Once again, we need to clarify some terms before we can get any deeper. So, let’s answer a pretty important question…

DBP stands for disinfection byproduct. The process of making water safe to drink involves several steps and the additional of chemicals. The main player here is chlorine. According to the CDC, chlorine started being used as a disinfectant in 1850, and it became more widely used in the early 1900s. Today, chlorine is the most commonly used chemical disinfectant for water in the U.S. It’s an important tool that completely revolutionized water purification, so it’s not going anywhere anytime soon.

However, that doesn’t mean it doesn’t also have drawbacks. When you use chlorine to purify water, and  it comes into contact with NOOMs that are present in all water, it can transform these NOOMs into toxins we call DBPs. When consumed, inhaled (as in a shower mist) or absorbed into the skin these DBPs can cause several health issues including heart disease, liver damage, and/or reduced nervous system activity.

How does a flushing station prevent DBPs?

One of the main ways to prevent DBPs is by not letting the water sit around for too long. A flushing station can get rid of any water that’s gotten old. Professionals in this field will talk about decreasing water age, and they don’t mean finding the fountain of youth. All it means is that after chlorine has been added to water, it’s a matter of time before DBPs start to form, so it’s important to make sure all the water you’re using isn’t “old” and prone to harmful DBPs.

Automatic flushing removes that old water out of the system on a regular scheduled basis. That reduces the “age” of the water you’re using by getting rid of the old and bringing in new. The safe level of chlorine residuals can be attained through flushing the water out before DBPs have a chance to form. That lets a community have the disinfecting benefits of chlorinated water while avoiding the potential harmful effects of DBPs.

This is a particular benefit for automatic flushing stations, as opposed to all flushing methods. Automatic Flushing Stations include a hand-held or Bluetooth controller whereby a user can program a set day/time/duration for flushing water lines. For example, you might set a schedule of three days a week for 20 minutes at 2 a.m. Automatic flushing stations allow users to flush during the lowest demand time, usually in the middle of the night, when most customers are asleep providing a fresh line of water for the morning.

Automatic flushing is definitely an easy way to go toward ensuring the quality of your water and most of the time the only maintenance needed is to replace two 9-volt batteries about once per year. Not all dead-end mains need to be flushed out as often as the example we gave above, as many of these have sufficient turnover. However, automatic flushing stations can be a huge asset for those dead-end mains that do require frequent flushing due to water aging issues.

As we already explained in a previous section, an automatic flushing station can refresh a water line supply, meaning DBPs have less of a chance of forming. This is one of the ways in which automatic flushing equipment can improve water quality.

But DBPs aren’t the only factor impacting the healthfulness of the water. Keeping safe residual levels is also an important factor in keeping water safe for consumers. Most states require a .2 ppm residual for free chlorine and a .5 ppm for combined chlorine. These minimum required levels ensure that the chlorine is strong enough the control the growth and spread of microbials that may find their way into the water system. So by using automatic flushing stations users can maintain safe residuals AND remove old water on a regular basis before DBPs form.

When you couple those water-saving benefits we just discussed with the time savings that automatic flushing stations can bring, you have a huge time efficiency boost on your hands. Let’s face it, new EPA water regulations continue to roll out, distribution systems continue grow and expand, and most water utilities are not overstaffed. Automatic flushing stations can help utilities address and accomplish more pressing issues rather than spend extra labor time on manually flushing fire hydrants.

And as far as maintenance goes, automatic flushing stations only require a change of 9-volt batteries about once per year and occasionally cleaning out the valve if debris keeps it from closing properly.

Remember what we said about how hydrant flushing works? A crew goes around and releases water from the hydrant in a controlled manner, getting rid of all the old water. For someone to do this manually, that means it’s going to happen during daytime hours, when water is in high demand in the community. An automatic flushing station solves this issue. You can program it to run during the nighttime hours, when water demand is usually at its lowest level. That will alleviate some of the issues we highlighted earlier — namely, customers noticing discolored water or decreased water pressure.